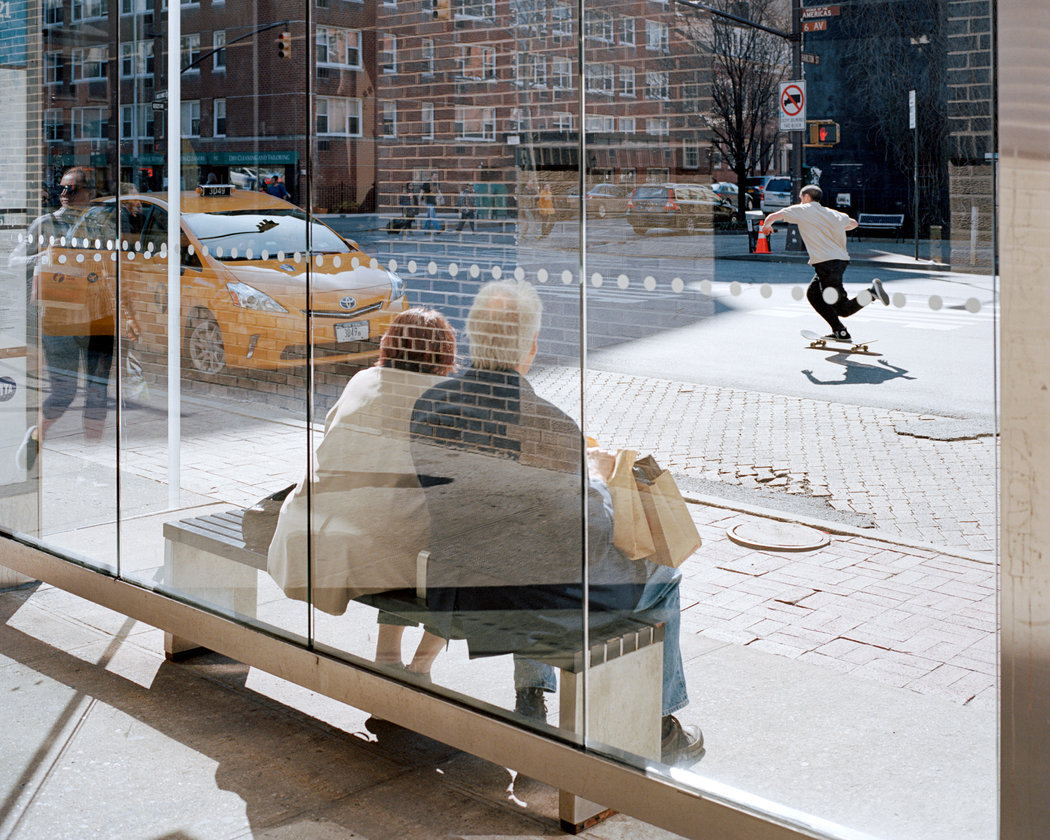 “But skating in New York is part of the reason I moved here,” Jaramillo said. “Just getting on your board and being able to go wherever, whenever.” Willy Staley

New York Times Magazine has hosted a series of images taken by Carlos Jaramillo depicting the skateboarders of New York. Showing all forms of talents from the best to those in the learning stages.

The photographic narrative consists of a array of strong imagery, hosting different complex angles showing the culture as it is, untouched. The series is a true documentation of the culture and the images do not feel posed or manipulated in anyway.

As a photographer Jaramillo would have had to have integrated himself within the sub community to have taken these images, and this then means that the images may have been posed as to have created a desired effect. This being said the images do not feel posed in a way that other documentary images can be posed.

The Images within the narrative hold a simple caption of who is in the image and where they are practicing their skill. Each image is showing the skill level of each individual but does not show a personal interest, but a more factual and distant view of the skill set.

I find that this photographic story does not get the viewer fully involved within the story, or an individual, it takes a distant approach and whereas aesthetically the images are compelling and successful the full narrative is that of an unfocused broad chain.

The Story does include portraits staged on the street where the skater is stood posed within their environment, but the image does not give a full insight to that individuals skill set or progress to where they are within their skating ability.

The narrative of these images is set out so that the images can be viewed within any order, as if in print, there is no set organisation linking one photograph to the next. The lack of organisation within the images creates a broader spectrum from which the viewer can see into the lives of another culture.

The variety in shots from still portraiture to movement imagery to landscape, all depicting the same subject matter creates a more visually stimulating response within the viewer. However it does not fully address the subject matter and the narrative becomes more dependent on the audience than the visual representation.

This is a text widget. The Text Widget allows you to add text or HTML to your sidebar. You can use a text widget to display text, links, images, HTML, or a combination of these. Edit them in the Widget section of the Customizer.

This is a text widget. The Text Widget allows you to add text or HTML to your sidebar. You can use a text widget to display text, links, images, HTML, or a combination of these. Edit them in the Widget section of the Customizer.